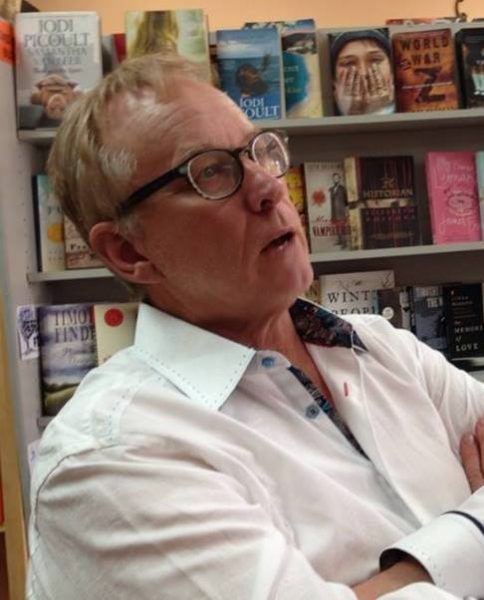 Brian Lloyd French is a Canadian writer. He first reached out to Acadian.org to tell us about his novel “Tintamarre”.  This novel has received glowing reviews. “Tintamarre” takes the reader back in time to the “Great Expulsion”.  The reader is captivated by the drama and strife of the time.

We recently asked Brian to tell us more about himself:

I grew up in the centre of a lot of the action of events that occurred in Nova Scotia / New Brunswick in the 1750s. Many, probably a quarter, of my childhood friends were French. Gallants, and Cormiers and Leblancs and Doucets and Richards, etc. And we played together as kids do; unconscious of what went on before us. We even used to drive our bikes over to Fort Beausejour to play, never having any idea what it was a Fort for.

Eventually, in Grade 12, I think, we were taught how there had been an actual battle at the Fort, but that only a couple of people had been killed, so it wasn’t all that serious.

Until, driving from Toronto to Sackville, in 2012 or so.

I had finished my first novel and was trying to figure out what my next one would be about. I like driving and listening to talking books, and this time I was listening to a reading of a novel by a Cajun writer named James Lee Burke, and his character, Dave Robicheaux. Dave is a hard-bitten detective in New Iberia, LA. He is violent and a terrible alcoholic and lives with a tremendous sense of loss for his ancestral home in Beaubassin.

It was an AHA moment, and when I arrived in the Chignecto area, I drove out on the old dykelands to de Valliere’s island, then walked to the very edge of what is now called the Cumberland Basin. Then I walked along the old Acadian dyke to a place where they were repairing the old dyke and felt the wind all around me, and looked down and noticed something in the ground. It was an old, broken hand made clay bowl. I picked up the pieces and thought about its history. How some Acadian farmer had taken his mid-day meal to work and eaten on this spot over two centuries before and forgotten his bowl. And probably got hell from his wife for leaving it!

And I decided to tell his story.

So I visited Ronnie Gille Leblanc, one of the most revered Acadian historians and he told me stories – and I gave him the bowl shards for the Centre Acadien, and he agreed to help me.

Then I started researching and discovered Yvon’s website – acadian.org – and relied on his research to give me the flavour of life in the place and at the time. I couldn’t have done it without him.
As far as the piece of history I wish more people were aware of… That the Acadiens survived terrible events and grew stronger. Their sense of their heritage – thanks to people like Yvon – is stronger than it has ever been. Be proud of their survival not angry at events from long ago.