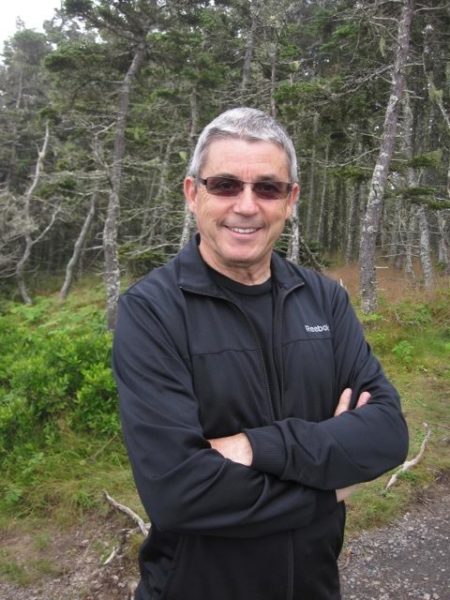 Tell us about yourself?

I’m a 9th generation Acadian descended from William Johnson, a Scottish soldier who married Isabelle Corporon around 1713. We descended through Guillaume (Billy Jr) and none of us were aware of his story until a Gr 6 teacher told our daughter in 1995 that she was not Acadian because of our name. That was the start of my quest for proving our past! I am a second generation military member who retired in 2000 and now works as a Rehabilitation Counsellor. We live in Dartmouth, Nova Scotia, and have 2 grandchildren and another on the way. I have 2 additional hobbies related to genealogy…metal detecting and writing/publishing books on our past.

How and when did you first meet Yvon Cyr, founder and original creator of Acadian.org?

I first discovered Yvon Cyr through his original website when he was in the process of creating his second CD and asked for us to submit our gedcoms to him, which I did. Although I never met him, Yvon and I talked over the phone a few times in anticipation of meeting in Clare, NS for the Acadian Mondiale in 2004. He called me up days before the opening ceremonies to tell me he was ill and found not make the opening ceremonies where he was to carry the Johnson banner in the parade as an invited guest…so he asked me to do so which I did. It was such an honour for me.

What is your area of specialty when researching Acadian history?

Naturally, my specialty is which the Johnson ancestry. As I live in Nova Scotia, I can travel the province searching for more info on our past. As an author of our storied past, I get requests from those who have purchased my first book (second book was submitted to a publisher 3 months ago) to meet with them when they tour the province. I do so and will also act as a tour guide to show them some of the place Guillaume lived in the Annapolis Valley. I also use my metal detecting hobby to dig old Acadian homesteads in hopes of finding things associated with the past. After restoring the finds, I display them for all to see plus I give guest lectures to Grades 5 and 6 classes in the province on our Acadian past…and the relics I have restored make up a show and tell portion which the students really love.

How did Yvon’s research help you?

Yvon’s CD rom was instrumental in starting my quest for our family’s past. In followup conversations with Yvon, I was able to follow areas I hadn’t thought of looking…his knowledge was crucial to my success. And now that you have taken up the torch to continue what your father started, the website and information within will benefit generations to come. Thank you so much for this!!

What is one place of Acadian history you wish more people would be aware of?

Although most will visit Annapolis Royal and Grand Pre, many do not realize that Windsor NS has a blockhouse site where many Acadians were imprisoned in the early 1760s, and on George’s Island in Halifax harbour, another group of Acadians were imprisoned and forced to help build the fort on Citadel Hill. I could go on but Nova Scotia has many sites that could be better advertised relating to our heritage…I do my best to actively promote them both in my private tours, school lectures, and my FB website.