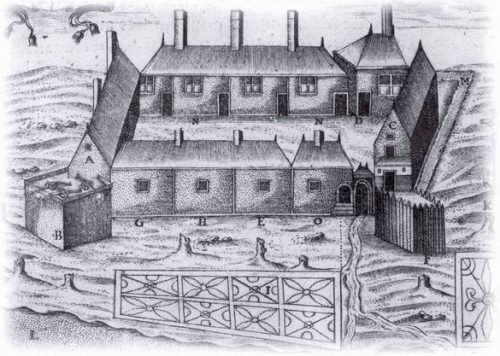 Grave Du Pont arrived back at St. Croix in June 1605 with 2 ships, men, and supplies. They spent 6 weeks exploring the coast (all the way down to Cape Cod) to find a better place to settle. They chose a spot on the north side of the basin, opposite Goat Island, which became Port Royal. They built structures at Port Royal using the materials from the buildings they had constructed on Ile St. Croix. Grave Du Pont and Champlain and 45 men remained that winter, while de Monts and Poutrincourt returned to France.