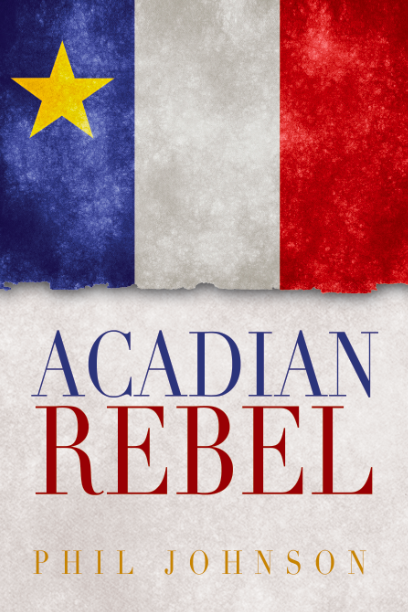 Acadian Rebel tells the true story of how an Acadian by the name of Guillaume (Billy Jr.) Jeanson and his family avoided the Great Deportation of 1755 by escaping to the woods in central Nova Scotia and living with the Mi’kmaq. He fought the soldiers in various battles; the most famous in December of 1757, where Guillaume was the orchestrator and leader of an ambush against British soldiers that occurred at Bloody Creek, located just outside of present day Bridgetown, NS. Twenty-three soldiers and an officer were killed in this battle. He was considered an Acadian Rebel by the English for his actions against them over a six year period. The story follows Guillaume’s life from boyhood until his death. The majority of events, timelines, and the places depicted are real and as chronologically accurate as possible.